I feel excited when I know where to develop film in another city. This time round is Bangkok, Thailand. When I searched online, there’s a website that lists out all the analogue films shop in Bangkok. But it’s last updated in year 2014 and it wasn’t as informative.

Anyway, I managed to find some good film developing shops in Bangkok.

I came to know about AirLab’s existence when I saw a stranger holding the typical paper packet film shops used. After seeing the ‘Airlab’ on it, I Googled and found their address.

I was so disappointed because they were closed on a Tuesday. I wasn’t sure if they announced it on Facebook because who on earth keep checking FB when travel. But their website says they operate daily. The even more irritating thing was I asked ‘Crazy Camera BKK’ the night before I went, which is at the same address (so I assume both are operated by same gang), and they says they open every day. When I went, both were closed. I tried calling before I went, but no one picked up so I assumed they were just busy. Arghhh! It was such a long BTS trip. Unlucky me.

Side note: I believe they are run by young film enthusiasts people like me (heh). So, their quality should be good. Such a pity I had to miss it this trip!

I guess it’s a blessing in disguise because the guy was so nice he said there are many film developing shops at Phahon Yothin MRT Station, opposite Central Plaza Shopping Mall: 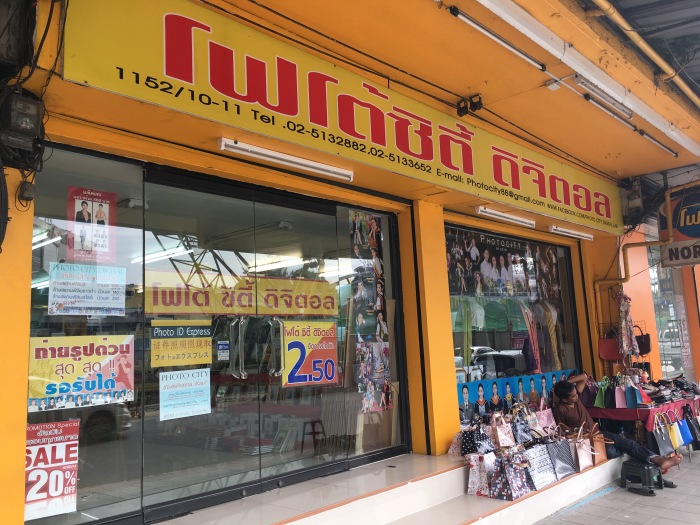 Develop film + scanning in 1 hour. Price for developing and scanning C-41: 100Baht. I’ve tried this film shop, their scanning is of good quality. Furthermore, they sell larger variety of films. I bought my Lomography 110 films from them for 795Baht. The staff told me developing + scanning of 110 film is 150Baht. So cheap I am gonna accumulate all my 110 films to develop here :p

Photo City seems to be more specialised in film photography because they also sell chemicals for self-developing.

Read my follow-up blog on Photocity:

Develop film in 2 hours. Price also 100 Baht. They have films as well. The staff that served me was very unfriendly. Their scanning is good too, but I’d rather go to Photo City.

Develop film in 2 hours. Price for developing and scanning C-41 films is 100Baht. I didn’t try them.

Disclaimer: These are the shops I managed to visit and ask for price. There should be more but Bangkok is too big for me to explore all :p

If you know any good film developing shops, please let me know! I would very much love to visit more film shops!

You may also want to know where to develop films in:

If you are new to this film photography blog, Start Here. Or head over to Film Look to see samples of each film.

Welcome to my film photography blog! I am Nicole and I work in biomedical research lab by day and shoot film as hobby. I try to write whenever I’m free. Hope you enjoy your reads!