Whenever I met other digital photographers, and they saw me using film cameras, they are either impressed or feeling indifferent. The latter means they feel that I am backward and shooting films instead of using the latest Sony Alpha whatever model is uncool.

To be very honest, film photography is coming back. I quote the words by bosses from different film shops. They see the rise in people, both youngsters and photographers buying films and analogue cameras. They see the price of second-hand cameras going up as well. 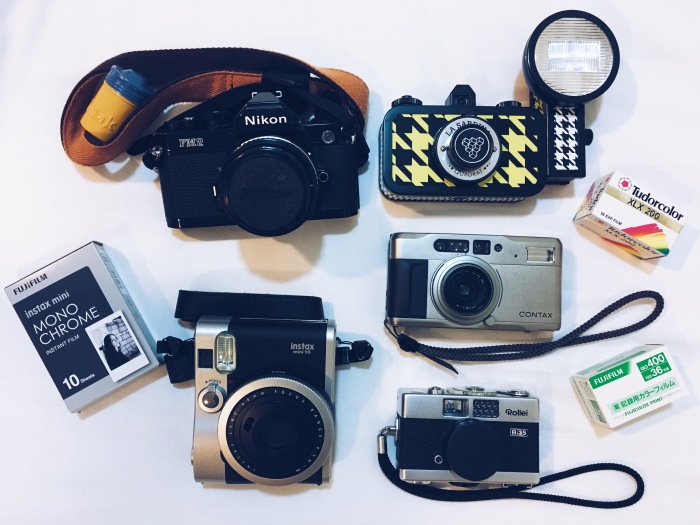 So friend, if you are hesitating about film photography, I advise you to just try. Get a cheap film camera or borrow one, load a cheap film or get the disposable camera. Develop it. I guarantee you will love the experience. Why I say experience and not the image? Because your first roll is gonna be sucky if you are a pure beginner like I did. My first roll was mostly underexposed.

Then I learnt. One roll after another.

There are also photography friends who told me they dare not use film cameras because they don’t know how to do the settings. Come on. My photography theory wasn’t any better! But I am willing to learn and experiment around. I will use the Sunny-16 rule as a guide, and also rely on metering, then I will take note of the aperture and shutter speed. Again, one roll after another, I learnt. Best, films have more leeway for exposure. Your images will still turn out fine even you overexposed them 3 stops up. Unlike digital, if the image is overexposed, the details are lost.

As mentioned, shooting in film (manually) allows me to learn much more about photography. Since then, I have learnt a lot about ISO, aperture and shutter speed. I can live without auto focus because I have also mastered manual focusing using zone focusing. Because each roll only has 24 or 36 exposures, after a trip, I don’t need to sit in front of laptop too much to choose images and edit. It frees up lots of time for me to write blog, edit videos, and read books.

There are more benefits in Film Photography than you think. You just need to be brave and make the move. However, if you are on a tight budget, then probably not (or not too aggressive like me), because film photography is not cheap either. Although the analogue cameras are lots cheaper than digital cameras, you need to spend money on films, developing and scanning. Hence, is either you spend less at the beginning (film camera) and spend gradually or you spend a chunk of money for digital, memory cards and hard disk and you literally don’t spend anymore (unless you keep upgrading or buying lenses!).

So, if you are reading this and still unsure whether to try film photography, I hope this blog post has added some boaster to you.

Come join me as a mission to #keepfilmalive