Photography is an expensive hobby to a certain extent. If you are serious, you will find yourself investing in photobooks, photography magazines, lenses, filters, and all equipment for the type of photography you like to do. We, as film shooters, are also often ‘criticised’ as being expensive because we need to pay for films and developing + scanning.

In this blog, I’m going to share how we can save money while enjoying film photography or photography in general. It’s just what I think work for me. Take it as my 5-cents worth of advice to you.

Stick to one film camera

This is from my personal lesson. I was greedy and currently have 4-5 film cameras. Of course, it’s nice to have a collection but when it comes to choosing camera to bring out, it’s a chore! Furthermore, if I leave the film camera unused for prolonged period, the lubricant might harden and progressively, mechanical parts will get stuck. Then I have to spend money on servicing. The same is for car in winter. My friend in Australia said if they are away in winter, they have to schedule a friend to help them turn on the car engine occasionally. Otherwise the engine might freeze or something.

So having fewer film camera, you not only save the money, you also avoid headache in deciding. As you only have one camera, you are also more familiar with it. The camera naturally behave just like your extended hands. Make it your slave to make pictures rather than the opposite. If I can start all over again, I will not buy the Rollei B35 and the Contax TVS. They are not worth the investment as they are not rare items. If you really must buy, (I know it’s hard to resist the vintage look of film camera) do intensive research to see if they are worth and don’t buy the wrong model! And remember to perform ‘shutter gymnastics’ frequently.

Avoid and walk away 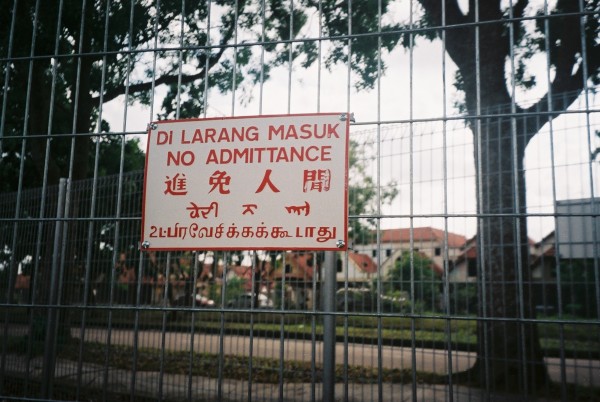 This is something I’ve been doing to avoid being engulf by overwhelming greed. I avoid visiting camera shop, I avoid watching video or any article that promote new camera. The reason I bought the Rollei B35 was because I watched a YouTube video. I got sucked in by the ‘marketing’. And I bough the wrong one (bought B35 instead of 35S).

Also, if you see a beautiful film camera on display, I am sure your heart flickers. Walk away. Go home and ask yourself if you really need it. What’s the consequences of buying that? Maybe this money could have paid for a flight ticket to Japan? Recall the time and feeling you bought something on impulse and regret it the next day. Then, you realised you don’t actually need the items. So, learn to walk away!

If you are not doing professional or client work, why not try out the expired films? Expired films are cheaper. If you don’t know where to start, look for Fujifilm Colour C200. There are lots of expired one floating around. It only costs SGD4.80 for 36 exposures. In Triple D lab, they often sell the film at cheaper rate when they’re nearing expiry. Some expired films might have funny effects. But I find them generally fine. Anyway, if you are just practising and having fun, you have no reason not to use expired films right? 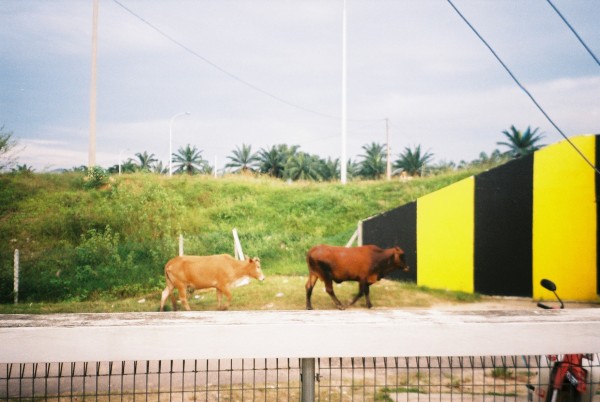 If your city is an expensive city, like Singapore, even films are more expensive. Because we are helping the shop to pay for their expensive rental! Ha! For me, if I have a chance to be in cities that sell cheaper films, I buy more. Cities that have cheaper films than Singapore are: Hong Kong, Bangkok, Kuala Lumpur (to the best of my knowledge).

Another alternative is buying from online stores. For Asia, I think you can try Taobao.  A Kodak Color 200 is only SGD2-3.

I wrote a blog post on where I buy my film from.

If I’m not doing serious work, well, I general don’t, I usually use cheaper films. That is to say, I don’t always use Kodak Portra, or Fujifilm Pro 400H which are of the high ends range. I usually use the cheaper alternative such as Kodak Gold 200. The colour is warm and moderately saturated.

I read it somewhere that in the olden days, besides buying film already packed in cassette, you can also buy according to lengths. Just like going to a cloth merchant, you tell them how long you want your cloth to be. They then cut it for you. This way it is cheaper but where can we find this nowadays?! Well, if you shoot black & white, you have some hope: IStillShootFilm just published a blog post about bulk film.

You can purchase bulk film and the loader from B&H. I heard for the cost can be reduced to SGD2-3 per roll of black & white film.

Slow down your clicks

When I first started, I was anxious to get the results. So, I ended up clicking madly and randomly, without composing properly just to finish the roll. If anyone find my films 100 years later, they would be like ‘what the hell is this shot?’ Ha! So, slow down your clicks. If you use Kodak Portra and develop in Singapore, one click costs about 60 cents. It’s a big accumulative sum.

Train yourself to be patient. You might have a shot that you thought you scored, and wanted to see it right away. That happened to me, too. But in reality, that ‘bingo shot’ often comes out not as great as we think. So, just compose properly, click mindfully, make every shot counts (as best as you can). With this, your film lasts longer, you use lesser film, instead of shooting 2-3 rolls per day and all turn out disappointing.

Should you develop your own film? 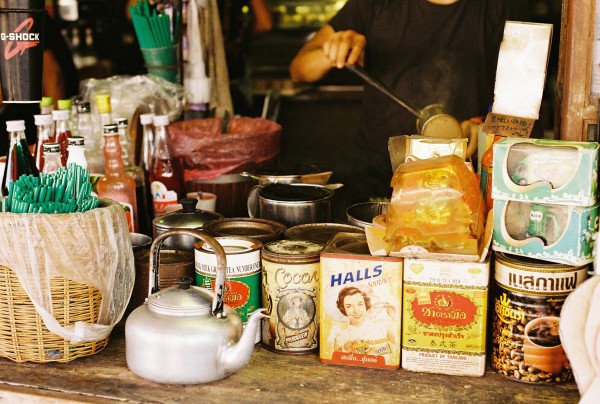 Everybody is saying if you want to save money, develop the film yourself. For black & white, you can develop the film at home. Just go to Taobao, buy all the necessary items because the same set quoted by Ruby Photo (only store in SG for developing chemicals) will be SGD200+.

If you also shoot medium format, you might want to invest in a budget flatbed scanner, such as Epson V600. The more expensive one will be Epson 700 & 800.

If you purely just shoot 35mm, I think Plustek 8100 is not bad, as I heard. Just that the process is quite tedious.

For colours, I send my films to Triple D lab, which is the cheapest option in Singapore. Otherwise, I accumulate many films, and develop in Johor Bahru. Cheaper but longer turnover rate.

In conclusion, I hope these tips are useful in helping you to save money while enjoying the process of film photography. Feel free to share!

If you are new to this film photography blog, Start Here. Or head over to Film Look for sample of each film.